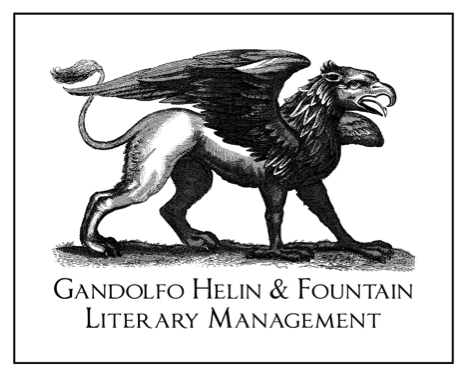 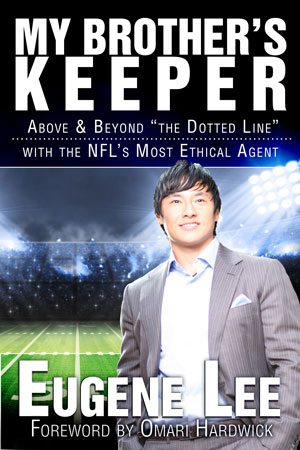 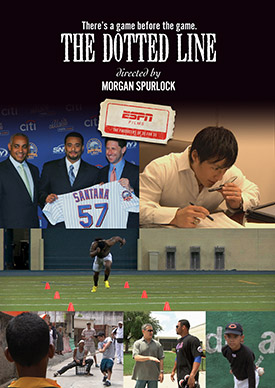 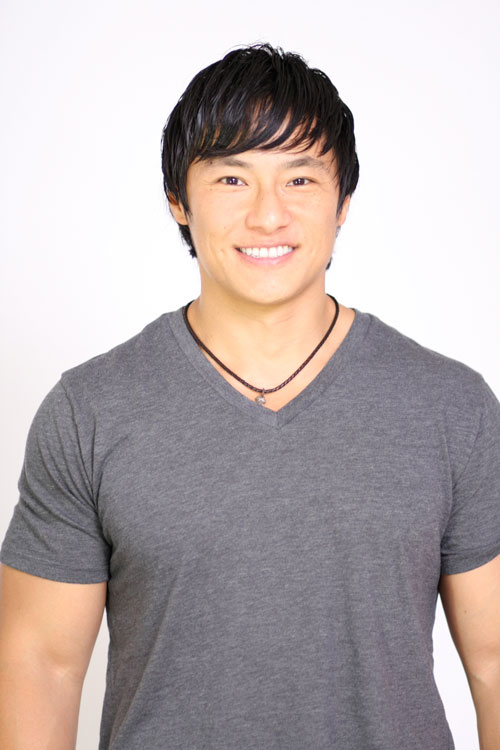 Eugene T. Lee, Esq. is the Managing Member for MBK Sports Management Group, LLC (“MBK”). MBK is an NFL player representation agency headquartered out of New York City with offices in Chicago, Cleveland, Denver and Los Angeles. When Academy Award nominee Morgan Spurlock was hired to direct an ESPN documentary (“The Dotted Line”) about the inside world of sports agents, he chose Eugene Lee as the NFL agent to be featured. Why? Mr. Lee is quickly making a name for himself as a premier NFL sports agent, and in the words of Spurlock, many expect him to be the next “powerhouse” agent. Mr. Lee has represented over forty-​five NFL players over the past decade. With over eighteen years of experience as an NFLPA certified contract advisor and having built his own sports agency from the ground up, Mr. Lee has gained a vast understanding and in-​depth knowledge of business development, fundraising, marketing, industry networking, organizational training and leadership and the drafting and negotiation of player contracts, injury settlements and endorsement and sponsorship agreements.

As Managing Member for MBK, Mr. Lee is responsible for overseeing a team consisting of four NFLPA certified contract advisors, a player development consultant (and former NFL general manager) and four full-​time employees. Mr. Lee has trained his team in all aspects of NFL player representation including scouting and player evaluation, networking with NFL personnel, recruitment of prospective clients and contract negotiation. Mr. Lee and his team have negotiated NFL player contracts totaling well over $1 billion. Mr. Lee takes an active role in the creation and implementation of cutting-​edge marketing strategies and collateral which have enabled MBK to emerge as a true industry leader in terms of market activation and client response.

Prior to forming MBK, Mr. Lee served as president of ETL Associates, Inc. (“ETL”), his first NFL player representation agency. During his tenure at ETL, Mr. Lee worked painstakingly to cultivate relationships with GMs, personnel directors, coaches and scouts for all 32 NFL teams. Through stellar advocacy of his NFL clients, Mr. Lee was able to build a league wide reputation for integrity, tenacity and expertise in his dealings with NFL teams. Mr. Lee was the first NFL agent to negotiate 53-​man roster salary for a client on practice squad. As a result of this groundbreaking negotiation, the NFLPA revised its bylaws and opened the door for other players to collect greater compensation while under contract to NFL teams. Before ETL, Mr. Lee practiced law at Fish & Neave and Brown Raysman, two top firms in New York City, where he specialized in the practice areas of intellectual property, licensing, branding, outsourcing and information technology.
Mr. Lee has served on the Board of Directors for Mission Strength, a New York City not-​for-​profit organization dedicated to the spiritual and physical development of youth through sports and on the Advisory Parish Council for St. John the Evangelist Catholic Church.

Mr. Lee is the author of “My Brother’s Keeper: Above and Beyond The Dotted Line with the NFL’s Most Ethical Agent” and has published numerous op-​eds in national and international publications. Mr. Lee has spoken at law schools nationwide, including Harvard, Fordham and Notre Dame. As a frequent guest on Fox News, Fox Business, CNN, CNBC and Bloomberg, Mr. Lee has become widely recognized and respected as an industry expert on NFL player contracts, the salary cap, the collective bargaining agreement and athlete branding.

A long-​time proponent of the Boy Scouts of America, Mr. Lee earned the rank of Eagle Scout and remains involved in scouting in the greater New York City area.